Svelte and dressed in black, Victoria Hislop looks healthy and relaxed as she sits at a corner table for afternoon tea. The sun is out, there’s a pleasant hubbub in the cafe and for a moment 1 imagine we’re in Greece, such is her ability to transport us through her stories (her readership totals 10 million). She is telling me about her latest novel, Those Who Are Loved, which promises to be her most fascinating odyssey yet.
(read Sloane Square Magazine online) 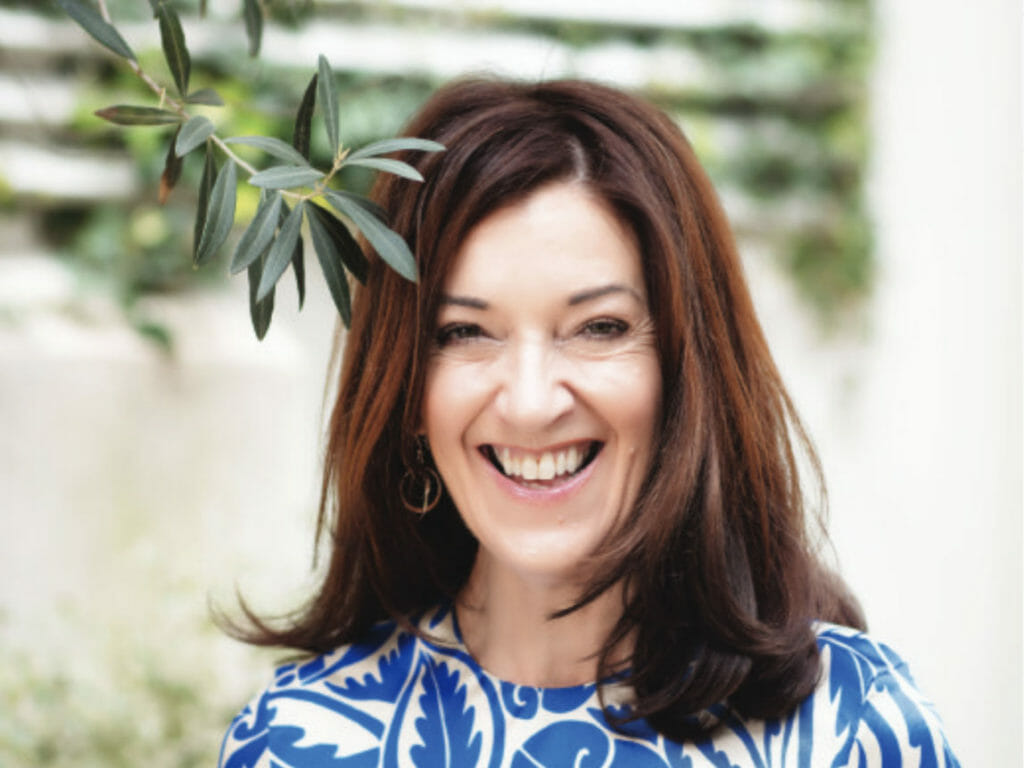 We are in fact sitting beside the King’s Road, Victoria having just arrived from a Pilates class at nearby Heartcore. She is now describing a different journey, closer to home. “I’d always wanted to live on the King’s Road,” she says. “Gradually I worked my way up through South London, at a time when taxis didn’t always agree to go south of the river. The King’s Road always had this incredible buzz, this atmosphere. I can’t imagine living anywhere else in London now.”

Favourite haunts today include Colbert in Sloane Square, where she enjoys a glass of house champagne and the chopped chicken salad. “I like food that doesn’t get in the way of conversation and isn’t over-priced,” she says. “The new Granger & Co. in Pavilion Road is also very good.”

Being able to walk to places is one of the great joys of living in Chelsea, she feels. “You can walk into the West End. I walk to the London Library, which is like my office. Going about on foot lets me take things in. Have you seen the new blue plaque for P. L. Travers, creator of Mar}’ Poppins, on the corner of Smith Street?” She points across the King’s Road to it.

The last time we saw each other, we were squashed onto a table at a Christmas book event in our local Waterstones together with William Boyd, another author living near the King’s Road. “He is one of only a handful of authors whose latest book I’ll pre-order without knowing anything more about it, so good is his prose.”

Much of her time is spent at an apartment she rents in Athens. She first fell in love with Greece by visiting Athens in the Seventies. “I also have a place in Crete where I do lots of writing.” Her books have been translated into more than 35 languages and she travels to various foreign sales territories, too. “It turns out my books sell very well in Norway. Perhaps they like to travel somewhere sunny through my stories.”

But her latest book, Those Who Are Loved, visits one of the darkest chapters of modern Greek history – the Nazi occupation and the ensuing civil war. “The right-wing factions collaborated with the Nazis in order to suppress the Communists. Files were kept on Communists well into the post-war period, and the fault lines spread down the generations,” she explains.

It’s the tale of an ordinary woman leading an extraordinary life. “The central character is a female communist – with a small ‘c’ – named Themis, who is imprisoned on a succession of islands but who never gives up her fight for justice and for love. It was only after I’d picked her name that I discovered that the figure you see on top of the Old Bailey – blindfolded, holding a sword and scales – is also

Themis, so there was this wonderful sense of synchronicity.”

As for Victoria’s own taste of Greece right at home, she tells me, “I’ve started growing olives in our little back garden. Perhaps I’ll press them into oil and put it into those tiny little bottles used for snail serum. Perhaps I’ll sell them at a stall in the farmers’ market on sunny days,” she jokes with a smile. And if she did? I’ve no doubt people would buy them.

Those Who Are Loved is out now, published in hardback by Headline

Costas Voyatzis in Athens introduced me to his hugely successful website featuring extraordinary and beautiful design – do have a look!… www.yatzer.com … Read More
Load More