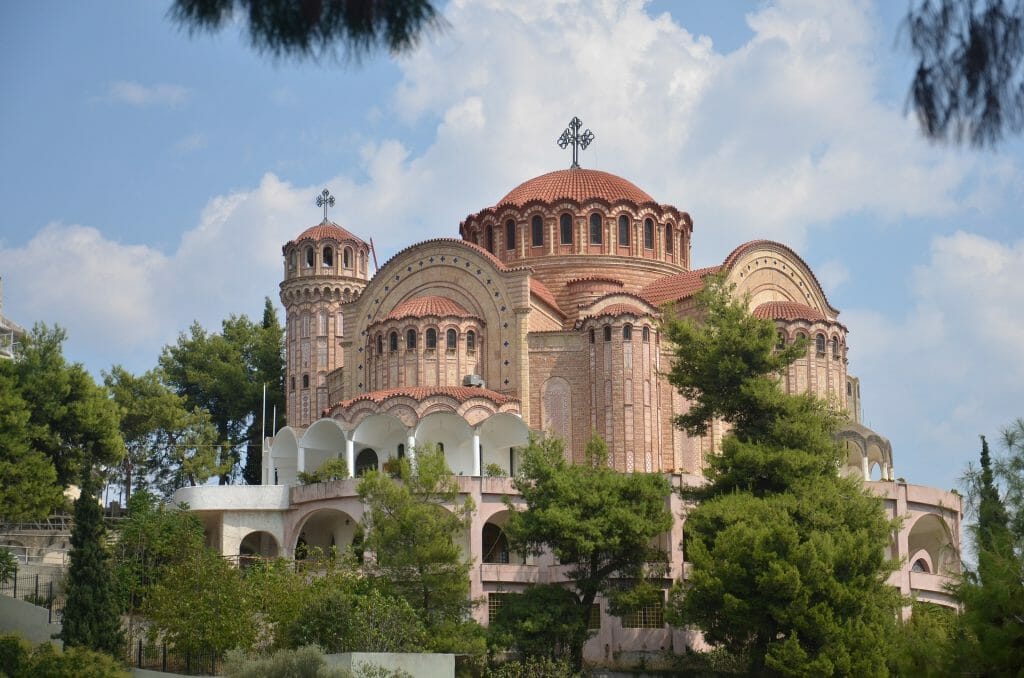 by Anthony Horowitz, The Telegraph

I have always loved travelling to places I’ve seen in films or read about in books. The Third Man has taken me to Vienna, James Bond (From Russia with Love) to Istanbul, Peter Mayle to Provence and Ian Rankin to Edinburgh. I’ve wanted to visit Thessaloniki, which sits on the northern edge of the Thermaic Gulf, ever since I read Victoria Hislop’s The Thread, a sprawling family saga that starts in 1917 and continues through the war years to the present day. It is largely thanks to her that I now spend so much time in Crete. Her novels aren’t just very readable. They can turn you into a Hellenophile.

The year 1917 was the defining year for Greece’s second-largest city. A famous print made at that time shows a truly fabulous conglomeration, sitting on a turquoise sea with Roman, Christian, Byzantine and Venetian influences coming together in what could easily be a set for Game of Thrones. But then a fire that started in a kitchen spread with shocking speed. Some 9,500 houses, churches, synagogues and mosques were destroyed. More than a quarter of a million people were made homeless.

The city’s troubles didn’t end there. Bombed by the Italian fascists in 1940 (another 800 buildings were damaged or destroyed), Thessaloniki was seized by the Nazis a year later. Some 56,000 Jews, 96 per cent of the Jewish population, were taken off to the camps, never to return. In the place once known as the “Mother of Israel”, just 1,200 Jews remain.

I wasn’t quite sure what to expect from the modern city and to begin with, I wasn’t sure I was going to like it. Staggering under the weight of an overpacked rucksack, I’d taken a bus from the airport and was wandering rather aimlessly through hot, crowded streets. There was too much traffic. But then, quite suddenly, I arrived at Nikis Avenue, which sweeps around the seafront and at that moment everything changed. The city is perfectly poised on the water’s edge. The Thermaic Gulf is vast and exhilarating, with gorgeous sunsets, an oversized moon and a sense of calm and emptiness, all of which provides an extraordinary contrast with the clutter you’ve left behind. (read the full article in the Telegraph)

Bespoke shoes in central Athens. Kozatsa have been creating them since 1936. They’re at 11 Kanari Street, Kolonaki, Athens 106 71 or online at www.kozatsa.gr … Read More
Load More