“I was unashamedly a swot”

When people talk about school being the happiest time of their lives, I utterly subscribe to that. I am the very fortunate product of a fantastic grammar-school education. I was a bright girl, which I say without embarrassment because when I was at my best, I was top of the class and top in exams. School was an amazing time for me. Each day I walked in through those gates and I loved every second.

Tonbridge Grammar School for Girls was selective but had a diverse intake: girls from council estates and girls from the very wealthy villages around Sevenoaks who lived in houses with crunchy gravel drives and ponies in a stable. Better still, they had comfortable and secure family set-ups.

I wasn’t a posh girl, nor a rich one. When I was about 12 my mother got work as a waitress in a local restaurant and that labelled us because in those days most mothers didn’t work unless they had an economic need to. It was a French restaurant in Tonbridge called À La Bonne Franquette, considered very haute cuisine at the time. TV chef Fanny Cradock used to go there with Johnnie, her ever-faithful husband – it was that kind of level.
Knowing what was what

I had a very unstable family life. Although my parents were still married, my father wasn’t around much; he never once came to parents’ evenings or concerts or Speech Day, so my mother was in effect a single parent. Actually, we were a strong female unit: there was my sister and me, my mother and my grandmother, who lived with us, plus girl cats, Sophie and Susie, who were Siamese and twins. And there weren’t any rows, except sometimes when my father was there at weekends.

As a contrast to this chaotic home life, I loved the certainty of school. I loved not having to make any decisions about anything and knowing what was what. The teachers were strict: there were detentions handed out if you didn’t hand in your homework. And the headmistress, Miss Mitchener, would stand at the bottom of the school drive with a ruler to measure whether your grey school skirt was the regulation height above the knee – three inches max.

For the most part, the teachers were unmarried women who were absolutely dedicated to the school; they had incredibly high standards and lived and breathed their vocation in a way that I now look back and marvel at. They were brilliant at teaching us to learn French subjunctives backwards or learning physics principles by rote.

We had a particularly inspirational English teacher. Miss Waldron had a passion for literature, and she infected me with her enthusiasm. She taught us that we could feel how words sounded and how writers’ lives and loves were visible through their work – all of which might now seem obvious, but to a teenage mind that had to be pointed out.

After a few years I got a job at my mother’s restaurant. I was first of all a washer-up, a plongeur. On Friday and Saturday nights I’d be washing pots and pans in huge quantities: plates had to be gleaming and glasses look like new. I hate washing up now, but I loved doing it at the restaurant – somehow it was very satisfying. Later on I assisted the chef, putting things in pans, getting what he needed from the cold room. He was a perfectionist, but I liked to get things right and usually did. He taught me professional slicing and chopping techniques with huge knives and I can still chop vegetables faster than anyone I know without losing my fingers.

Latterly I was a waitress and I adored that too, smiling and being charming when needed – and of course eavesdropping on people’s conversations, which was fun (people always think waiters are deaf). But it never affected my school work: nothing got between me and Latin verbs and the French novelist André Gide. It was simply a way of earning lots of pocket money.
Top of the class

During the week, I worked hard at my school work without distractions: the girls who were interested in boys were not the academic ones. There was a group of us who were unashamedly the Swots, and I can’t think of any of the academic girls who went out with anyone. I formed important friendships within that group. Angela Shaw and I were two weird little girls with our hair in bunches that stuck out. I had frizzy, untameable hair – this was when there were no smoothing products; no hair straighteners – and I yearned to have straight silky hair like the cool girls.

Every single day between the age of 11 and when we left school at 18, Angela and I walked to and from school, which was a mile and a half each way. We never took the bus because we didn’t quite live far enough to get free bus passes, and that long daily walk – even in the rain – was never relieved by a parent in a Range Rover, as my mother went everywhere by bike. I don’t want to over-egg things – my parents’ somewhat precarious financial situation did allow for violin lessons – but there was no extra tutoring, nor the luxury of a tracksuit for games on freezing cold days.

Angela and I competed to be top of the class. We were both very keen on languages and in our first couple of years when we were learning French we spoke only in French on the way to school. In the third form we started German, so we spoke only German, practising all the time and testing each other; and in the sixth form we both took up Spanish, and then we only spoke Spanish. My other best friend, Ailsa, was one of the posh girls from Sevenoaks and we are still connected: I’m godmother to her oldest daughter. She married one of my husband Ian’s closest friends, so I’m responsible for a good bit of matchmaking there.

My last day at Tonbridge, I had a feeling of unutterable sadness and melancholy. It had been a place that made me incredibly happy. I can’t think of anything negative to say about my school. Also, my education was free from start to finish: primary school, grammar school and then a maintenance grant for Oxford – all the fees were paid by Kent County Council. I feel that I was very, very lucky and I’m eternally grateful.

And here I am now, a fully-fledged grown-up, but in many ways just like the schoolgirl I was in the 1970s: still diligent, still with a strong work ethic, still eager to please and do my best. And I’m still obsessed with taming my hair, although I have discovered the hairdresser – and it’s blow-dried to a shine once a week. Hurrah.

After almost a century of activity, the BSA Knossos Research Centre needs urgent renovation and updating to meet the needs of 21st-century researchers. In close collaboration with the Greek authorities, the BSA has developed an ambitious plan: the Knossos 2025 Project will transform the Knossos Research Centre by providing world-class facilities for future generations of researchers, ensuring the best possible storage and conservation conditions for the precious archaeological materials, and attracting new academic and local audiences. We are delighted to announce best-selling author Victoria Hislop as the Knossos 2025 Patron.

When the Project is completed:

The Knossos 2025 Project offers a unique and exciting opportunity to support archaeological research at Knossos well into the 21st century. The cost of the overall project is estimated at £2 million.

The absorbing story of the Cretan village of Plaka and the tiny, deserted island of Spinalonga – Greece’s former leprosy colony – is told to us by Maria Petrakis, one of the children in the original version of “The Island”.

Maria tells us of the ancient and misunderstood disease of leprosy, exploring the themes of stigma, shame and the treatment of those who are different, which are as relevant for children as adults. Gill Smith’s rich, full-colour illustrations will transport the reader to the timeless and beautiful Greek landscape and Mediterranean seascape.

I loved this book because it was so interesting to learn about the disease, but also to realise that if you are courageous like Maria even illness does not have to hold you back.
― Books Up North

I adored this book. It is a real treasure. But please, have the box of tissues to hand. There will be tears, both of sadness and joy.
― Fallen Star Stories 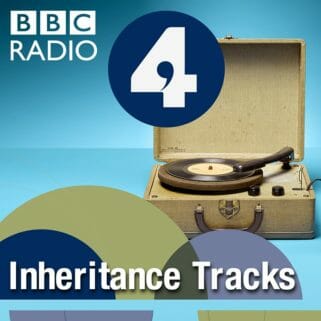 If you followed Victoria’s music picks on Twitter, you will be familiar with Pavlos Mélas and his band Kourelou. Victoria says: “Pavlos is a hugely talented musician based in london – he and his musicians have brought their amazing and vibrant sound to all my book launches!” 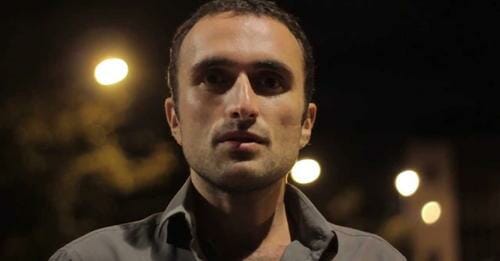 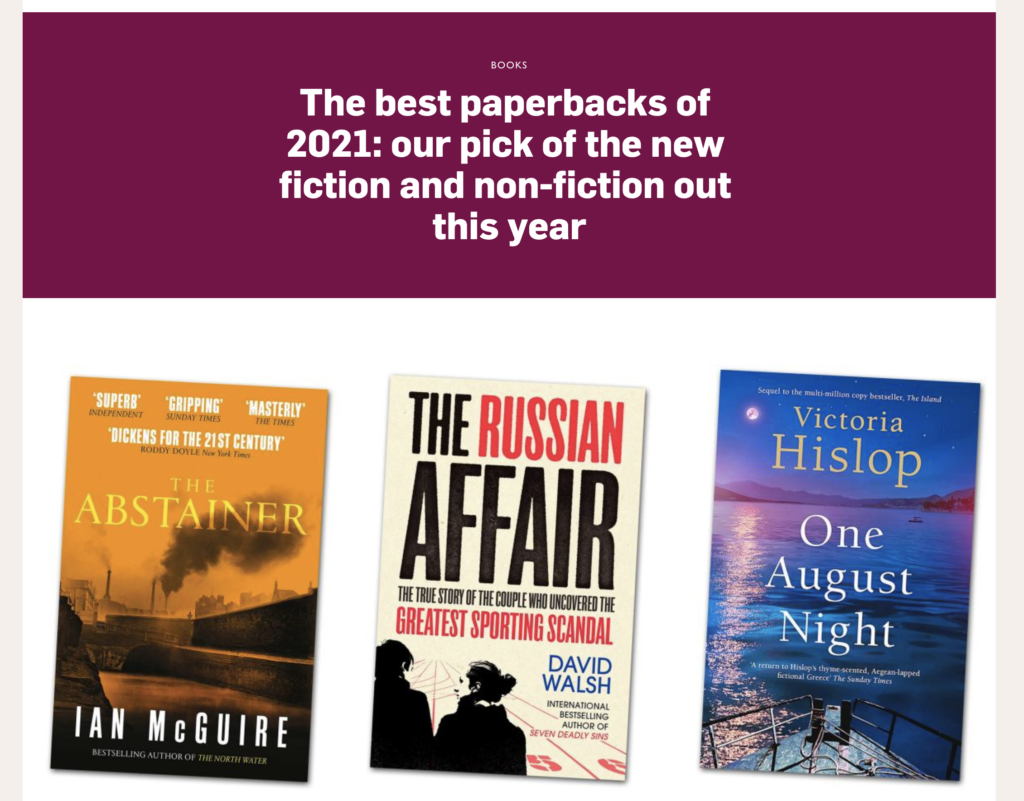 “One August Night”, the long-awaited sequel to “The Island” is among the Sunday Times Best Paperbacks of 2021