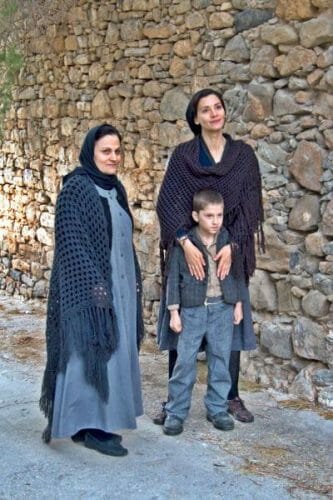 As Spinalonga enters the final stage of its nomination as a UNESCO World Heritage site, the cast and crew of the iconic Greek MEGA TV show The Island look back and share their memories
(Manos Drakonakis for Neoskosmos)

Once synonymous with suffering and death, Spinalonga, the jewel of Mirabello Bay, has risen to world fame through Victoria Hislop’s international best-selling novel, The Island – and the subsequent TV series, now regarded as the best fiction program in Greek television history. Building up to this cultural momentum, a movement was started with the intent of making the Elounda island famous around the world, claiming its place among the list of UNESCO World Heritage Sites. The nomination was submitted last autumn, and it is now entering the final stage, which offers a great opportunity for the series cast and crew to revisit the island and express their support.

“This historical monument was based on the foundations of the Minoan Era”, says Antonis Zervos, mayor of Aghios Nikolaos, and a strong supporter of the cause. “It was very cleverly built and used as a strong fortress using an elaborate defence philosophy, unique for those times. In addition to this legacy, Spinalonga promotes human values. Our nomination file also stresses all the hard work needed for restoration in order for the epic island to not suffer.”

The Greek Ministry of Culture offered a budget of €6,000,000 for the monument’s maintenance. However last year the ticket price to enter was raised from €2 to €8 “due to an influx of tourists”, the mayor points out.

From his part, the series’ director Thodoris Papadoulakis shares his vivid memory of “the Exodus scene, with Victoria Hislop embracing the late Manolis Foundoulakis, who was in fact, the last resident of Spinalonga suffering from the Hansen Disease. He sadly passed away before the TV series premiere four years ago. On that last shooting, Manolis finally felt free from his curse”. However, before his demise, Manolis Foundoulakis had the chance to watch the first scenes of the series before the final cut. They were specially presented to him and he was very moved. The Island was dedicated to his memory.
For Margarita Panousopoulou, who played the part of Kalliopi, the series was an opportunity for her to walk through Cretan customs and culture. In fact, for her role she was taught how to weave using the traditional Cretan loom.

But it was the emotional lesson that still lingers on, as she realised, through her participation in the series, how “leprosy is still considered a curse, even nowadays”. It was through her interaction with the late Manolis Foundoulakis that she understood what it means to be cursed and exiled in Spinalonga.
She admired the Cretan people “for strongly supporting their beliefs and customs till the end. Crete remains always a symbol of fertility” for her.

Playing an outlaw who desperately tried to keep her healthy baby from forced adoption at the hands of the authorities – which was the norm during these dark times – Margarita herself remembers how she was encouraged by Victoria Hislop to ‘escape’ from the emotional toll that the shooting had on her, fondly remembering joining the author in hijinks with raki and the enthusiastic local joining them with signature Cretan kefi!

(read the full article at Neoskosmos) 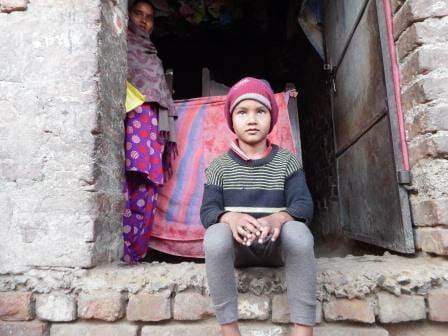 Leprosy is one of the world’s oldest diseases, yet is still a health issue today, with over 200,000 people diagnosed every year. If left untreated, it can lead to nerve damage, blindness and permanent disability. In the 1980s an effective cure became available in the form of multi-drug therapy (MDT).

There is no preventative vaccine and much is still unknown about the disease and why some people are naturally immune while others are not.

Every day 600 people are diagnosed and begin treatment for leprosy. Many of these are already disabled by the time they are diagnosed.

What this means is that today, although entirely curable, millions of people around the world are living with a leprosy-related disability. Many are also subjected to discrimination and social exclusion because they, or members of their families, have had the disease.

Lepra is an international charity fighting disease, poverty and prejudice. The charity focuses on people affected by some of the world’s oldest and most neglected diseases, including leprosy. They ensure not only that health needs are met but support people to improve their lives and livelihoods by tackling the poverty and prejudice too.

As one of the world’s leading authorities on leprosy, the charity Lepra has been at the forefront of prevention, treatment and management of leprosy since 1924.

On average it costs £25 for Lepra to change the life of someone living with the consequences of cured leprosy. 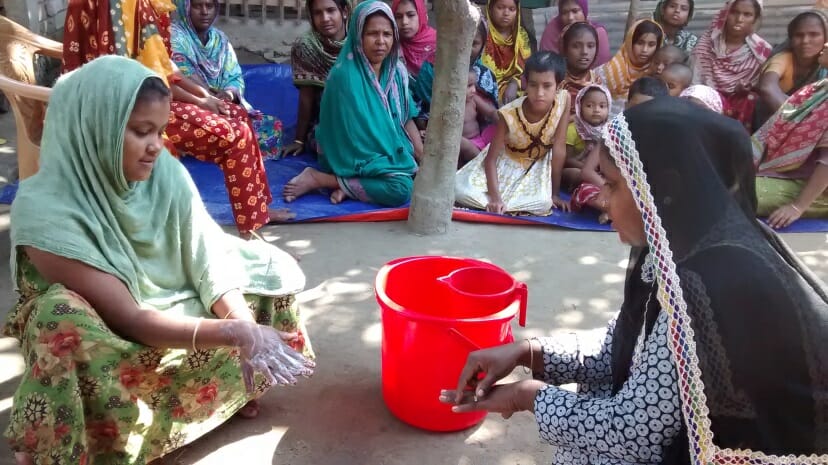 In addition to working with leprosy affected people to fight prejudice and reduce their poverty, Lepra’s past successes mean that governments are now able to deliver simple leprosy services. The charity also publishes academic research on leprosy and promotes sharing of best practice in the field.

Directly reaching more than 279,900 (2015-2016)people per year who are affected by disease, poverty and discrimination, Lepra’s work is just scratching the surface of need. With greater financial support they can do more.